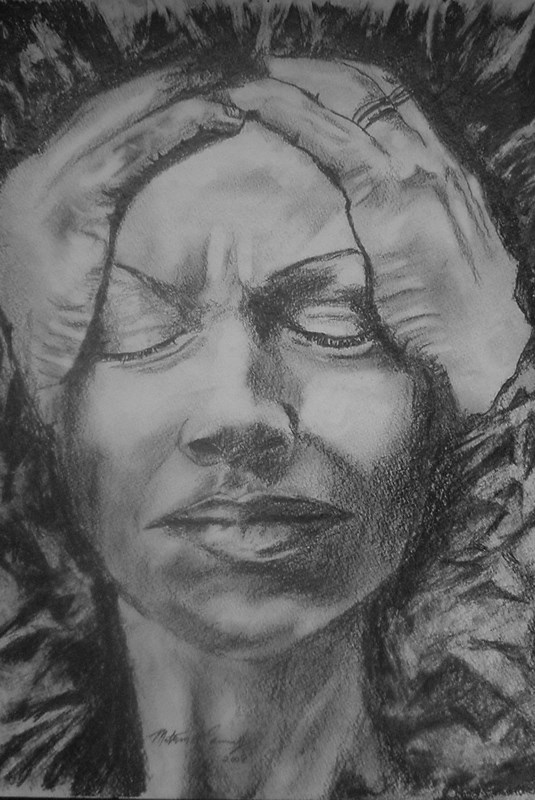 The Sound of Silence

The first line from the song The Sound of Silence by Simon and Garfunkel is “Hello darkness my old friend I have come to talk with you again”.  Those who are bereaved will understand that conversation we have with that old friend in our life.  Let me introduce you to my old time friend. His name is Grief. He is not my enemy; he is my closest friend and ally. Grief is that old friend that listens to my deepest pains, fears, and sorrows; he is always available day or night.  That friend who came immediately to my side together with his friend Shock. Together they held me up with invisible arms to do the impossible and bury my child.

Grief is an old friend; I invited him to stay with me when my son died.  When the funeral was over and my whopping three days of bereavement leave completed I went back to work. It was time to pull up my boot straps, get busy in my work and let time heal.  I told my friend Grief that although I was grateful for his support to get me through the funeral, there is no way he could come to work with me. It would be embarrassing; people would wonder why he was with me all the time and I would have to try and explain.  He agreed and for the most part Grief stayed home.

Being a good friend Grief honored my request and did not come to work with me those early weeks, but he did not leave altogether. I said he could stay in my son’s old room as long as he needed too.  He stayed to his room for the most part, but I would occasionally find him waiting for me, sitting in the car when I got off work. Sometimes he would even surprise me at work and say “let’s take the day off” and we would. He would seem to know the right time to pounce on me at work and we would go for a walk together, just he and I.

That second year my friend Grief started popping into the office more than before, he showed up at dinners, events, most every movie I went to,  and  he would even surprise me in the shower some mornings and I would lose it completely. In those early years most of our time together was spent kicking back on the couch and having a few beers together and drift /off to the sound of silence. After while he never seemed to leave me alone, at home, at work , at night, I could not get away from him and he was a slob, a slouch and a grouch on a couch.

My friend became my nemesis, my antagonist, he shadowed my day and owned my night and I wanted him to leave, but he stood fast. I began to resent him taking over and controlling my life and leaving it in such a mess. I no longer wanted him as my friend but I had no strength to throw him out so I gave in gave up my control and rested in my own vulnerability to his care.  I gave in to my captor the same as hostage can to their captor. It is not unlike The Stockholm Syndrome where a victim starts to believe the same values as the aggressor, they soon cease to see their captor as a threat and can rest.   So we rest.

Eventually at some indeterminate time Grief started to take a few vacations, longer and longer ones it seemed; sometimes I would not see him for a month. As much as I liked having my own life back, I missed him.  I experienced the very odd feeling of cognitive dissonance  by holding two opposing wishes. It muddled my brain like a difficult conundrum and I just accepted this is my life now. I am grieving. I am crazy. I am lost. My life is a mess and I need my friend.

I knew I could call him if I needed too, but I felt I had already taken advantage of so much of his time that I did not want to  bother him with minor complaints. Oddly he would seem to know the vision that was planted in my brain…and he would show up unannounced when I needed him most and stay as long as I needed him.

Sometimes he would stay for only an hour or two, at times a day or two but seldom longer and not once did we have a beer together.He seems to have grown up a lot; he stands a quite a bit taller now, and has lost a whole bunch of weight and he brought much less baggage than before. He is a whole lot less intrusive and domineering now;he mostly just listens with an understanding smile.

Today he still visits on occasion; he always stops by on his own birthday, most holidays, some weddings and all funerals. Grief is a good friend, he saved my life but in learning to live with him…I have learned to live without him. We do stay in touch however.

If you are lost and  cannot seem to find your friend, please lean on mine until you do, and keep listening to the whispers contained in the sound of silence, it whispers hope.

This blog was Inspired by the somewhat dark and haunting version of the song Sound of Silence by the Heavy Metal Band Disturbed.  Please watch, do not let the music genre influence you; do not judge a book by its cover. Albeit sad and morose, it is also hauntingly beautiful. I created a YouTube video  for my channel of the song The Sound of Silence by Disturbed using the ” The Twenty Faces of Grief “. They are pencil portraits that I created whose visual representation is up to the beholder to decide what grief emotion the portrait is trying to relay.

2 thoughts on “The Sound of Silence”